On this page, we collect regularly updated dementia news for you.

The DST App contains additional news and the latest dementia research updates. If you agree, these will be pushed to your device, so you stay well informed of prevention / treatment options. 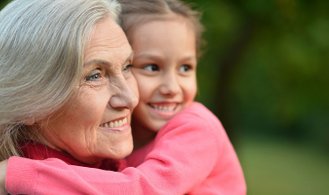 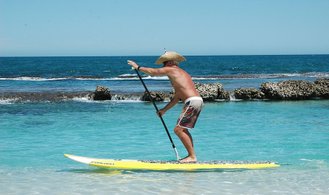 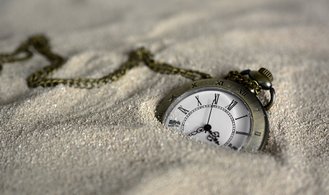 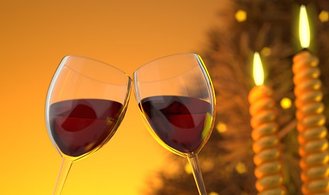 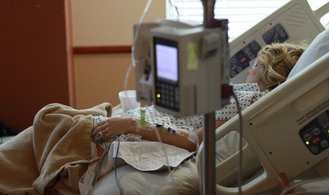 Acting now on dementia prevention, intervention, and care will vastly improve living and dying for individuals with dementia and their families, and in doing so, will transform the future for society.

Dementia is the greatest global challenge for health and social care in the 21st century.  Dementia affects the individuals with the condition, who gradually lose their abilities, as well as their relatives and other supporters, who have to cope with seeing a family member or friend become ill and decline, while responding to their needs, such as increasing dependency and changes in behaviour. Additionally, it affects the wider society because people with dementia also require health and social care. The 2015 global cost of dementia was estimated to be US$818 billion, and this figure will continue to increase as the number of people with dementia rises. Nearly 85% of costs are related to family and social, rather than medical, care.

Dementia is by no means an inevitable consequence of reaching retirement age, or even of entering the ninth decade. Lifestyle factors might reduce, or increase, an individual’s risk of developing dementia. In some populations dementia is already being delayed for years, while in others the number of people living with it has increased.

Of course, not everyone will be able to make changes; some changes will not make a difference and some risks of dementia are genetic and not currently modifiable. Nonetheless, delaying dementia for some years for even a small percentage of people would be an enormous achievement and would enable many more people to reach the end of life without developing dementia.

Many people present to services with mild cognitive impairment, a risk state for dementia, which occurs in up to a fifth of people aged older than 65 years, and this state provides an opportunity for more targeted interventions. Many of dementia’s manifestations are now known to be manageable, and while the underlying illness is generally not curable, it might be modifiable with good dementia care.

Overall, there is good potential for prevention and, once someone develops dementia, for care to be high-quality, accessible, and give value to an underserved, growing population. Effective dementia prevention, intervention, and care could transform the future for society and vastly improve living and dying for individuals with dementia and their families. Acting now on what we already know can make this difference happen.

Living at home as long as possible - that's what many people with dementia wish for. And to improve the quality of life with dementia, the diagnosis must be made as early as possible, according to a recent WHO publication. 1)

However, dementia is often not recognized in primary care, or only at a very late stage. Estimates suggest that even in industrialized countries, 50 to 80% of people with dementia are not formally diagnosed.

The results of the DelpHi study 2) show that conducting a screening test could significantly improve the early detection of dementia. Because nearly half of the positive screened patients (46%) had denied the question "Do you feel that your memory is getting worse?" before the test was performed. These patients and their relatives would thus benefit from a systematic screening - in addition to those patients who notice a deterioration but have not yet expressed it to their doctor / pharmacist, whether out of shame, or because this was considered as "normal aging".

The physicians participating in the DelpHi study were therefore asked for their opinion on dementia screening. 90% of doctors surveyed agreed that using a short cognitive test to identify cognitive impairment in the elderly was very helpful. 60% of primary care physicians reported that they were first aware of the patient's cognitive impairment based on the test results, and 80% of physicians want to continue using a short screening test for early detection of dementia. 2) Likewise, over 90% of patients desire full transparency of their dementia diagnosis, so there is no reason for "well-intended consideration" of delaying or concealing the diagnosis.3)

For this screening, the DST - Dementia Screening Test was developed. The test has been certified as a medical device for dementia screening by the health authorities and has been awarded the  Vision.A Award in Gold. It is a multidimensional cognitive test similar to e.g. the MMSE. Such tests can detect a dementia disease (at least) 18 years before the first clinical symptoms. 4)

Screening via an app also has the advantage of being easy and fast to carry out at home, in the waiting room or in the pharmacy without the need of a professional to spend time on the evaluation - and the sensitivity is higher than with traditional tests (MMSE 81% 5), DST> 96% ). In case of conspicuous results further diagnostic exploration and early drug and / or non-drug therapy or prevention can be arranged.

Time is brain - Early Diagnosis is the best Treatment

Dementia is a disease group that significantly affects the quality of life. A lecture at the media group Upper Franconia informed about it:. In an aging society, dementia syndromes are on the rise. Currently, more than 300,000 people in Germany are diagnosed each year, which means at least 1.6 million directly affected. Personal, family and social effects are immense. More than 50 different diseases can cause dementia. Especially with early diagnosis, a number of them is already curable today. "Time is brain": the sooner a correct diagnosis is made, the better help can be implemented.

Even with forms in which cure is not possible so far, such as Alzheimer's disease, with modern treatment and care, the course can often be delayed and improved. A professional care and therapy at home and specialist doctors, counseling centers and in the memory outpatient clinic ("Memory Clinic") helps with all types of dementia.

The topics of the evening are: "Dementia - (how) is prevention and therapy possible?" and "Dementia - what is it and how can you help?" The speaker was born in Erlangen and studied medicine there. Since July 1996 he is chief physician of the Clinic for Geriatrics and Rehabilitation at the Klinikum Coburg. There he also set up the Memorial Outpatient Clinic, a day clinic and the geriatric institute outpatient clinic. In 2006, Johannes W. Kraft was appointed professor of geriatrics and gerontology at Coburg University, Department of Social Work and Health (honorary professorship), by the Bavarian State Ministry of Science, Research and Arts.

From 2009, the physician has set up the palliative care unit at the Klinikum Coburg as well as the first mobile rehabilitation in Bavaria and from 2015 the specialized outpatient palliative care. He also manages all three facilities. Kraft is a member of various expert committees u. a. of the Bavarian Ministry of Health and Nursing and has accompanied various projects in the field of gerontology / geriatrics, health services research, dementia prevention and networking in health care.

A meta-analysis of several studies has shown that mild to moderate alcohol consumption is associated with a lower risk of dementia. However, people who do not drink alcohol should not be encouraged to drink due to the known negative effects of alcohol on mortality, neuropsychiatric disorders, liver cirrhosis, and cancer.

Dementia is often not recognized in hospitals

University College London researchers have now found in a study of more than 20,000 patients that in hospitals in England more than one-third of patients with dementia have not been diagnosed with the condition while hospitalized. Particularly high was the risk of undiagnosed dementia among ethnic minorities, younger singles, and patients with concomitant physical illnesses. Doctors and family members should be aware of the decreasing but still high rate of missed diagnoses, especially in the mentioned risk groups, to avoid misdiagnosis.